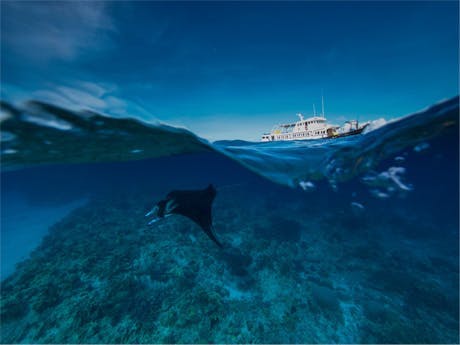 Restoring Manta and Devil Ray Populations in the Philippines

Manta and devil rays have been fished in South East Asia for centuries and the Philippines has been the theater of direct hunting until April 2017, when the largest targeted fishery was closed. With thousands of individuals removed every year, the populations left in the country are a fraction of what they used to be and are mostly extirpated from their original range. The project will identify and describe remaining populations of manta and devil rays in the Philippines, identify conservation priority areas and migratory corridors and set the basis for the creation of a dedicated network of protected areas to allow the species to recover. With an interdisciplinary approach, LAMAVE will work with local and international partners to create the first dedicated manta sanctuary in the Philippines and to spearhead a roadmap for the recovery of the species.