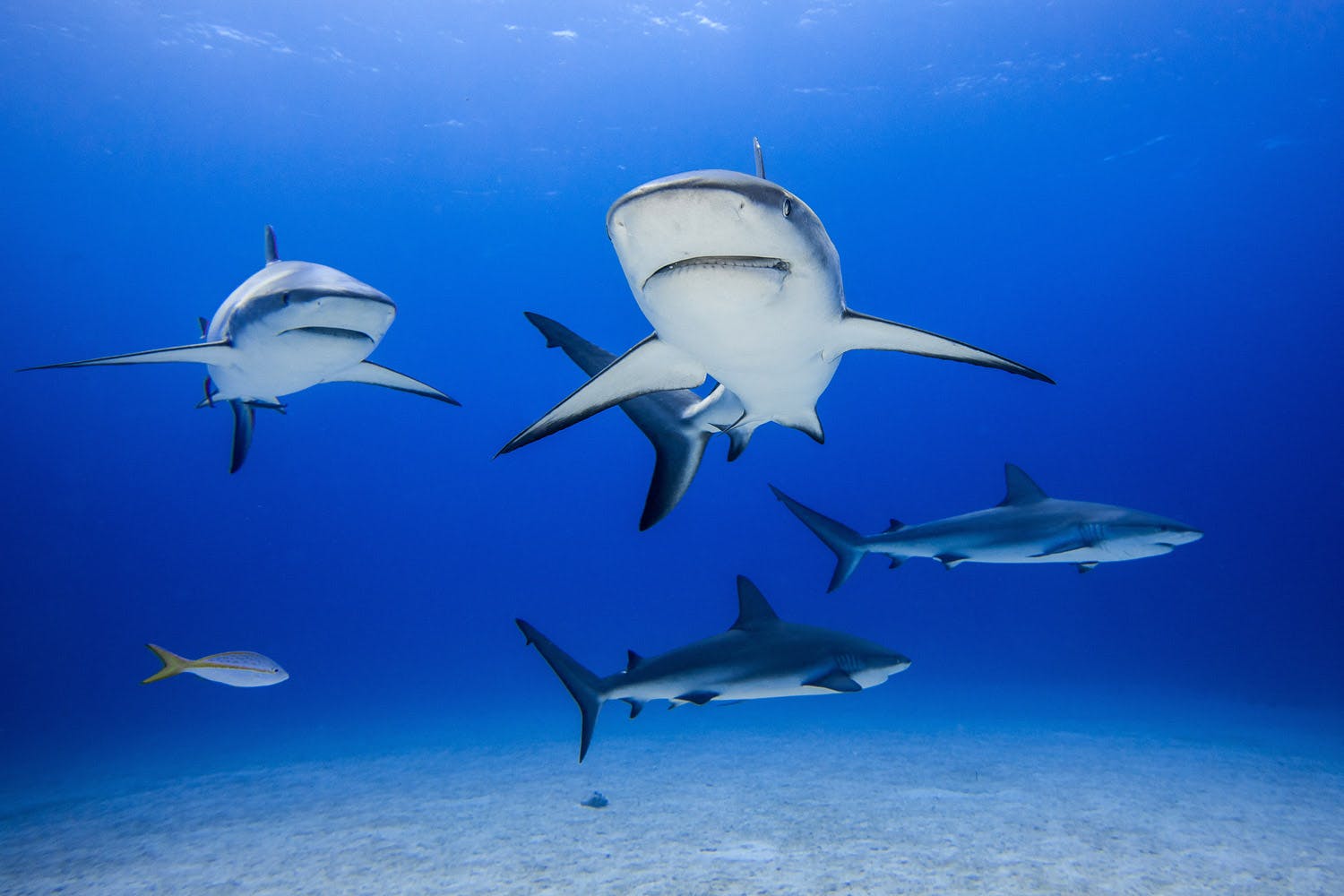 This project will provide a comprehensive analysis of the gaps in fisheries regulation affecting shark and rays by the Western and Central Pacific Fisheries Commission (WCPFC), and specific recommendations for concrete steps that the WCPFC can take to create a more complete and effective regulatory framework to implement the requirements of CITES and the Convention on Migratory Species (CMS), in order to promote shark and ray conservation in the context of both directed fisheries and their bycatch in fisheries regulated by the WCPFC.

This project will be conducted by a team of researchers, postdoc and doctoral students from the Fish Ecology Lab located in Patagonia, Argentina. They will develop critical knowledge for shark conservation, and carryout direct conservation initiatives. This project will use a holistic strategy focused on shark and coastal habitat conservation and protection.

Unravelling fishing and trade of endangered guitarfish in the Bijagos Archipelago

The Bijagos Archipelago (Guinea Bissau, West-Africa) is a potential hotspot for endangered guitarfish species. However, their current population status remains unknown and recent observations indicate high fishing pressure on these species. In collaboration with local partners (IBAP), this project aims to set an evidence-based conservation agenda for these species by providing data on the current and historical regional population status of guitarfish using stakeholder involvement.

Enhancing the conservation of endangered sharks and rays in the Mediterranean

Over half of the Mediterranean sharks and rays are at risk of extinction. This alarming decrease is linked to the high level of fishing effort and bycatch. The General Fisheries Commission for the Mediterranean and the European Union banned the retention, landing and sale of several species of vulnerable sharks and rays. However, the level of enforcement of these measures remains largely unknown. The project goal is to identify gaps in bycatch data collection and reporting by Italy.

Artisanal fisheries in Indonesia lack fishing data records and surveillance, while the capture of sharks and mobulids continues both as target or bycatch fishing. This project will identify the level of interaction of sharks and mobulids with artisanal fisheries in the Savu Sea – Indonesia. Using on-board and land observation, they seek to promote immediate action or modifications on existing regulation of capture fisheries and management of the area.

The goal of this project is to prevent the extinction and support the restoration of the endemics and imperiled Angelshark Squatina guggengheim and the smooth-hound Mustelus schmitti in Uruguay by reducing the current small-scale by-catch mortality and target fishing effort over these species. A Sustainable Haul Gear System will be tested and implemented in two communities, targeting more valuable bony fishes than threatened shark species.

Mexico is a top shark fishing nation and the leading exporter of fins from CITES-listed sharks. Despite the importance of shark fisheries, their populations have not been assessed due to the lack of fishing data. This project focuses on the reconstruction of historical catches of CITES-listed sharks to begin assessing the status of these shark populations to support the CITES management authority in developing robust and well-informed Non-detriment findings.

The South East Asian region contains extremely high shark and ray diversity but is also a global hotspot for shark and ray fisheries and trade. Unfortunately, there is limited elasmobranch specific research capacity. This workshop brings researchers, managers, and conservation practitioners from Malaysia, Indonesia, Thailand, the Philippines, Singapore, and Australia together to build regional capacity in shark and ray research and develop social capital to support future conservation efforts.

Mozambique is home to many threatened and data deficient species of sharks and rays, several of which inhabit Zavora’s waters. This project focuses on all sharks and rays in the region, with a strong emphasis on the reef manta ray. Over the past decade, Mozambique has had a drastic decline in manta ray sightings. Zavora may be a critical site in which the remaining individuals visit, or have moved to over the years, highlighting the urgency to protect this critical habitat.

Few nursery areas of the largetooth sawfish remain due to the large-scale loss of healthy inland waterways that serve a critical function for this species. The Fitzroy River, in remote northern Australia is an exception to this trend, it is largely untouched by human activity and as a result is home to a large number of juvenile sawfish. This project will quantify the hydrological conditions required for sawfish survival, in order to promote the sustainable management of the river's waters.

At CITES, Japan has entered reservations for all shark species listed on Appendices, meaning that they are not bound by the regulations set out by CITES for the trade in those species. Being one of the key players in the global shark fin trade, Japan’s reservations will be devastating for shark populations. This project will awaken public opinion for conservation of sharks by distributing information on their population status, overseas conservation efforts through CITES news and invited specialists to a symposium.

This project seeks to influence public policies relevant to the conservation, protection and sustainable trade of elasmobranchs in Guatemala. We want to establish a Technical Group, which will work with the government to update the National Plan of Action (NPOA) for Chondrichthyes Guatemala. In the long term, they want to help Guatemala comply with other international commitments. This will be possible by continuing their landing monitoring so governmental institutions may have the necessary information to promote sustainable fisheries.