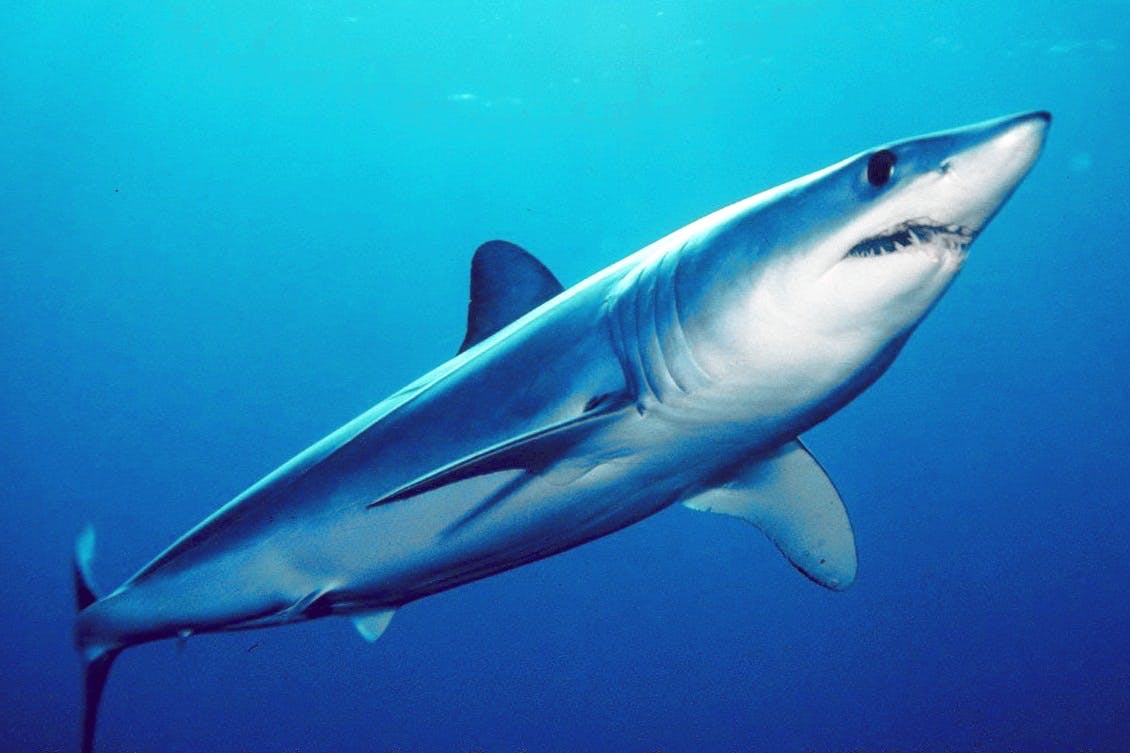 EU and US Prevent Vital Protections for Endangered Mako Sharks

Mallorca, Spain. November 25, 2019. Conservationists are shocked and distressed that the European Union and the United States – despite long promoting science-based shark conservation -- were the main obstacles to the adoption of urgently needed protections for mako sharks at the annual meeting of the International Commission for the Conservation of Atlantic Tunas (ICCAT). Ten countries, led by Senegal and Canada, proposed and fought for consensus on banning retention of seriously overfished North Atlantic shortfin makos, as ICCAT scientists advise. Yet the EU and US refused to give up on exceptions for hundreds of tons of the Endangered species to be landed. ICCAT scientists estimate this population could take four or five decades to recover, even if fishing stops. Lack of consensus allows status quo fishing at unsustainable levels to continue.

“North Atlantic mako depletion is among the world’s most pressing shark conservation crises,” said Sonja Fordham, President of Shark Advocates International. “A clear and simple remedy was within reach. Yet the EU and US put short-term fishing interests above all else and ruined a golden opportunity for real progress. It’s truly disheartening and awful.”

Senegal, Canada, the Gambia, Gabon, Panama, Liberia, Guatemala, Angola, El Salvador, and Egypt jointly proposed the science-based North Atlantic mako ban and were supported on the floor by Norway, Guinea Bissau, Uruguay, Japan, China, and Taiwan. No countries spoke in favor of the competing EU or US proposals, although Curaçao added their name to the US proposal.

Shortfin makos are particularly valuable sharks, sought for meat, fins, and sport. Slow growth makes them exceptionally vulnerable to overfishing. Makos are fished by many nations around the globe yet not subject to international fishing quotas. The EU, US, Senegal, and Canada ranked first, third, fourth, and fifth, respectively, among 53 ICCAT Parties in 2018 for North Atlantic shortfin mako landings. Spain is responsible for more mako landings than any other country.

“The EU’s behavior with respect to mako conservation is a travesty. Their obstruction of vital, science-based protections will allow vast fleets from Spain and Portugal to continue to fish these Endangered sharks, essentially without limit, and drive valuable populations toward collapse,” said Ali Hood, Director of Conservation for the Shark Trust.

Scientists warn that South Atlantic shortfin makos are on a similar path. Senegal had included a science-based catch limit for this population in their proposal. ICCAT Parties plan to hold a special intersessional meeting next year to continue mako talks.

“Amid the pathetic failure for mako sharks, steadfast leadership by Canada and Senegal provided conservationists with inspiration to carry on with the fight,” said Shannon Arnold, Marine Program Coordinator for Ecology Action Centre. “The Shark League will continue to work with the world’s emerging shark champions to encourage more countries to place long-term conservation over short-term economic gain and ensure North Atlantic makos are protected before it’s too late.”

On the plus side, ICCAT did adopt groundbreaking new catch limits for blue sharks that represent a first for the world. Regional fishery bodies have banned take of several shark species but had yet to set concrete international catch limits for sharks, until now. Science-based limits on landed blue shark tonnage will be established for both the North and South Atlantic. In addition, ICCAT adopted revised text that, once ratified, will modernize the Convention and strengthen the remit for shark conservation.

A record number of Parties (33 of the 47 present) cosponsored a proposal to strengthen ICCAT’s ban on finning (slicing off a shark’s fins and discarding the body at sea) by replacing a problematic fin-to-carcass ratio with a more enforceable requirement for sharks to be landed with fins attached. As they have repeatedly in the past, Japan and China blocked the measure.

Notes to Editors: Shark Advocates International is a project of The Ocean Foundation dedicated to securing science-based policies for sharks and rays. The Shark Trust is a UK charity working to safeguard the future of sharks through positive change. Ecology Action Centre promotes sustainable, ocean-based livelihoods, and marine conservation in Canada and internationally. Project AWARE is a global movement for ocean protection powered by a community of adventurers. These groups, with support from the Shark Conservation Fund, formed the Shark League of the Atlantic and Mediterranean to advance responsible regional shark and ray conservation policies.

ICCAT is responsible for the conservation of tunas and tuna-like species in the Atlantic Ocean and adjacent seas. ICCAT has 53 Contracting Parties, including the European Union. ICCAT scientists updated the status of Atlantic shortfin mako sharks in May.

The shortfin mako is classified as Endangered on the IUCN Red List.

The EU was one of 28 cosponsors of a successful proposal to list mako sharks on Appendix II of the Convention on International Trade in Endangered Species (CITES) in August. Starting this week, CITES Parties (including all ICCAT Parties) are required to demonstrate that mako exports are sourced from legal, sustainable fisheries.  Conservationists have raised concern over the associated rhetoric vs. reality.

In 2017, ICCAT mandated that North Atlantic makos brought to boat alive must be carefully released, unless the country has imposed a minimum size limit (at the length of maturity) or a discard ban (that prevents profit). Dead makos can be still be landed (and sold) by boats under 12 meters, and by larger vessels under certain conditions for monitoring catch and reporting data. The measure failed to result in the catch reductions needed to even end overfishing. The ICCAT document reflecting this week’s decision to extend these inadequate measures and delay further action can be viewed at www.iccat.int.

Shortfin makos ranked first among 20 pelagic shark stocks for vulnerability to ICCAT fisheries based on Euclidean distance and third overall in an Ecological Risk Assessment for sharks conducted by ICCAT scientists in 2012.