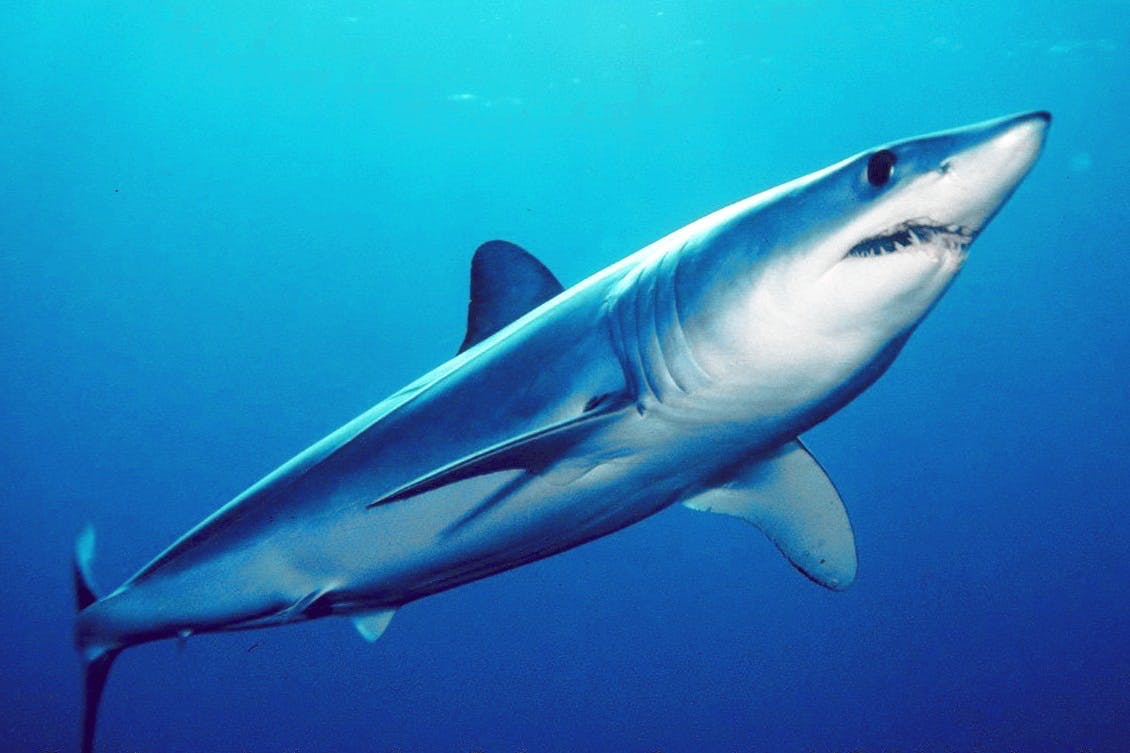 Talks this week could save world’s fastest shark, the shortfin mako

Authored by Lee Crocket, Director of the Shark Conservation Fund, and Rebecca Regnery, Deputy Director of Wildlife at the Humane Society International.

Sharks are no strangers to long journeys. They are among our planet’s most widely travelled species, with migrations known to exceed 20,000 kilometres. Due mostly to relentless overfishing that kills from 63 million to 273 million a year, mainly for their fins, these voyages are also fraught with danger. But this year marks a milestone in the most important shark journey of all – the one toward proper conservation and management, and away from the precipice of extinction.

Representatives of 183 Parties to the Convention on International Trade in Endangered Species of Wild Fauna and Flora (CITES) are gathered in Geneva for the convention’s triennial meeting, where they’ll consider proposals to regulate international trade for over 500 species by adding them to the convention’s appendices. The three proposals for sharks and rays would list shortfin and longfin mako sharks, 10 species of wedgefish, and six species of giant guitarfish on Appendix II. If adopted, countries would then be required to prove that trade in these species is legal, sustainable and does not harm wild populations. It will be a watershed moment in the journey of CITES shark listings if all three proposals are adopted, nearly doubling the number of CITES-listed commercially valuable shark and ray species.

We have seen significant progress for sharks and rays over the past 10 years, but it hasn’t always been smooth sailing. Prior to 2013, shark champions had to campaign intensively against a historic reluctance to list any commercially valuable marine fish on CITES. A major breakthrough occurred in 2013 when, for the first time, five commonly traded shark species and all manta rays were added. Now a record-breaking number of states are supporting the listing of a record number of shark species.

Getting this far required simultaneous progress on multiple fronts. First, advocates and scientists carefully nurtured a change in public perception of sharks from man-eating foe to biologically amazing and ecologically vital friend of the ocean. Second, science showed the horrific population declines and their cause ­– chiefly overfishing driven by the international market for shark and ray products. Perhaps most important, the development of tools, such as fin and DNA identification guides, showed that the resources exist to effectively enforce CITES shark and ray listings.

Even with recent gains, sharks and rays are still killed at an unsustainable rate – whether specifically for their fins or meat, or indiscriminately in industrial fishing operations – and 31% of these species are threatened with extinction.

Sadly, scientists continue to be the bearers of bad news. In 2019, the IUCN Shark Specialist Group (SSG), with support from the Shark Conservation Fund, issued two sets of stark warnings. In March, it upgraded the threat levels for both the shortfin and longfin mako sharks from vulnerable to endangered. The second alarm bell rang in July, with the announcement by SSG that 15 of the 16 species of the little-known but extraordinary-looking giant guitarfish and wedgefish are now classified as critically endangered, just one level below extinct in the wild.

Despite their plummeting populations, makos, giant guitarfish and wedgefish are not subject to any international trade regulations, and mako fisheries are nearly unmanaged. This could finally change in the next few weeks with a two-thirds majority vote in support of the proposals by the 183 CITES Parties. Success in Geneva will allow the fastest shark of all – the shortfin mako – and the world’s most endangered family of marine fish – giant guitarfish and wedgefish – to make significant progress on their long road to restoration.

CITES is among the few international conservation conventions that countries take seriously, largely because they face international sanctions if they fail to implement the measures. These additional listings would make CITES an even greater driving force in global shark conservation and management, and would mark a new chapter in shark management, not the end of the story.

Implementation of CITES listings results in sustainable shark and fisheries management. This includes investing in evidence-based research and engaging with local governments and communities, fisheries managers, port officials, fishing operators and others. These steps can improve global fisheries management and prevent further extinctions.

This is an important moment that could set the course for winning the fight against shark and ray extinction. But there is a long way to go. Less than 20% of the shark fin trade is regulated. That percentage could rise if the 2019 listings pass and are enforced, but still not nearly enough.

Over the long-term, success would be for all threatened, commercially traded species of sharks and rays to be sustainably managed, and for all exporting and importing states to have the political and practical tools they need to fully enforce their regulations. It is not too late for us to snatch a shark victory out of the jaws of destruction. August 2019 can go down as a milestone in the shark’s 400-million-year history of survival.