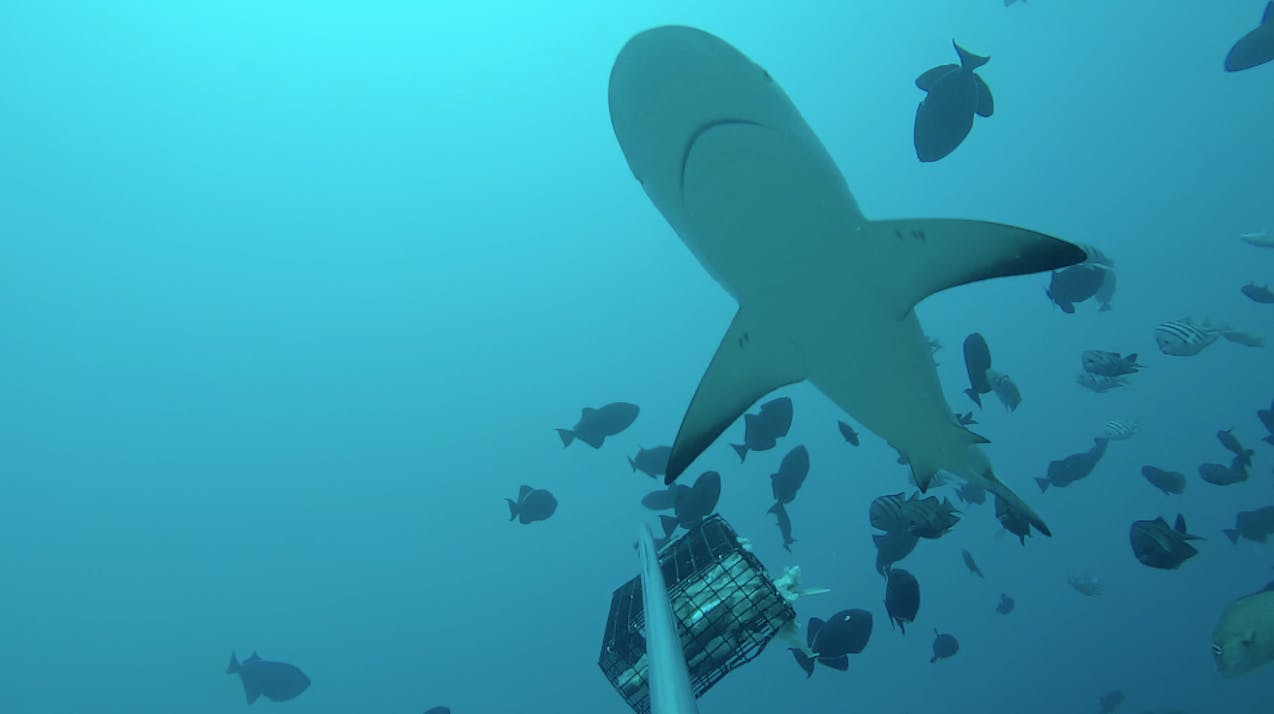 When it comes to shark MPAs, size really does matter

A new study using the most comprehensive ever dataset of individual shark movements and coral reef shark abundance has modelled, for the first time, the effectiveness of different sizes of no-take marine protected areas (MPAs) in protecting coral reef sharks. The bad news: almost all coral reef MPAs currently in place are too small to provide long-term conservation benefit. The good news: the study’s modelling should help authorities plan better MPAs in future.

How far does the average whitetip reef shark travel from its ‘home base’ coral reef? It’s not a question that may commonly occur to most of us, but it is of vital importance in saving sharks. The answer is – not very far, the whitetip rarely strays more than 2 kilometres in a typical week. The whitetip is a homebody compared to its reef cousins the blacktip, grey and Caribbean reef sharks, that typically roam up to 5 km from home. The nurse shark is the biggest mover of the five species examined in this study, ranging on average much further.

These fascinating insights into the average movement range of five species of reef shark have emerged from a first-of-its-kind study published today in Current Biology. Funded by SCF and using the most comprehensive dataset yet of tagged shark movements gathered over the past 20 years, the new paper provides strong evidence about the efficacy (or lack of it) of MPAs to protect reef shark populations from fishing in the Pacific and Caribbean regions. For, despite those seemingly modest reef shark movement ranges, the study concludes the MPAs designed to protect them are mostly too small to do so.

“Scientists have suspected for some time that many MPAs are likely too small to be truly successful in conserving sharks, but until recently there has been little empirical data on which to base judgements.”

MPAs have become a key tool for shark and ray conservation. These MPAs are closed to all fishing, with the aim of increasing the number of sharks within their boundaries and beyond. MPAs have become popular due to the challenges associated with traditional fisheries management approaches in complex reef systems, and the distribution of much of the world’s coral reefs in developing countries where management is particularly challenging.

But evaluating how effective these areas are is highly complex. Shark scientists have suspected for some time that many of these MPAs are likely too small to be truly successful in conserving sharks, but until recently there has been little empirical data on which to base judgements.

The relationship between the scale of a species’ movements and MPA size is one of the most critical considerations for whether MPAs can achieve conservation goals. In more heavily fished regions, expansions of MPA boundaries – if properly enforced – should decrease the amount of time more mobile species spend exposed to the risk of fishing mortality. Incomplete protection of their ranges may be especially detrimental to shark species because their low fecundity, late age at sexual maturity and slow growth makes them susceptible to overfishing.

“We discovered that the median size of the world’s coral reef-based protected areas (9.4 km) would need to be up to five times larger to provide lifetime protection for the majority of reef sharks.”

We discovered that the median size of the world’s coral reef-based protected areas (9.4 km) would need to be up to five times larger to provide lifetime protection for the majority of reef sharks. The magnitude of this effect depended on local abundances and fishing pressure, with MPAs required to be 1.6 to 2.6 times larger to protect the same number of Atlantic and Caribbean species - which occur at lower abundances than similar species in the western Pacific.

We conclude that, while some existing MPAs may be large enough to protect these mobile species, the vast majority of MPAs around the world are likely to be too small to provide long-term conservation benefits to reef sharks. Globally, 38% of protected areas occurring in or adjacent to coral reef habitat are less than 5 km in length and many allow some form of fishing.

“In order to provide adequate protection for coral reef sharks.., large closures that extend along 50 km or more of continuous reef habitat must be established and enforced.”

Our findings support previous concerns about the conservation benefits of MPAs to mobile species and demonstrate that by failing to consider animal movements and lifetime exposure to fishing mortality, the presumed benefits of MPAs to sharks may be overestimated.

In order to provide adequate protection for coral reef sharks from fishing-related mortality, large closures that extend along 50 km or more of continuous reef habitat must be established and enforced. However, even large and effective MPAs are unlikely to allow recovery of depleted populations unless they are targeted towards regions of high shark abundances.

Finally, the study underscores the pressing need to reduce shark fishing mortality outside of MPAs, by combating non-target catch or bycatch as well as illegal, unreported and unsustainable shark fishing practices. Given the global decline in elasmobranch species and an increase in market demand, researchers and conservation managers should consider this approach for understanding the efficacy and applicability of the world’s MPAs for protecting mobile species, particularly those threatened directly by fishing.

“Using this new cutting-edge analysis tool, we are now able to pull data streams together to produce the best prediction so far on how large these areas need to be.”

While our findings show there is a long way to go to creating ‘perfect’ MPAs for sharks, Ross Dwyer points out that it also means good news: “By tracking shark movements and monitoring shark numbers across the world’s oceans, researchers are already gaining valuable insights into where in the world we need to place MPAs to protect reef shark populations. Using this new cutting-edge analysis tool, we are now able to pull these two data streams together to produce the best prediction so far on how large these areas need to be. Although we only focus on five species of reef sharks, the movement and abundance data increasingly being shared on global data repositories means it will get easier to come up with genuinely protective measures for many other marine species – including currently data-poor species with high risk of extinction.”