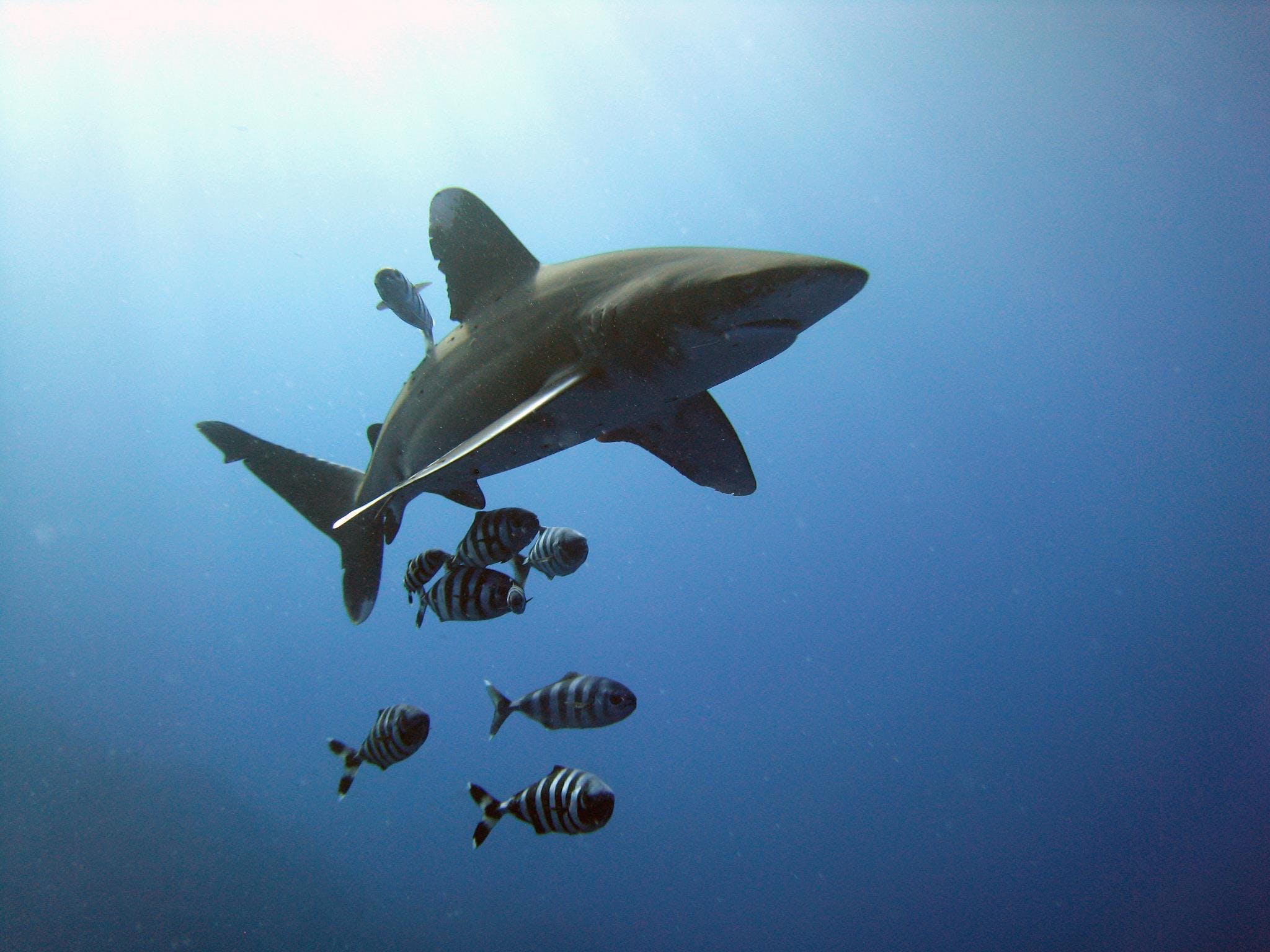 The Shark Conservation Fund is proud to support a comprehensive array of projects which together are building a portfolio of hope for sharks and rays centered around our three core objectives and five work streams.

Underpinning SCF’s entire mission is the goal of ensuring that the global trade in shark and ray products is effectively regulated. As one of the world’s earliest and most powerful multinational environmental agreements, CITES provides the overarching legal framework for driving trade controls in sharks and rays. Prior to the CITES meeting in 2013, when five species of sharks and all manta rays were listed under Appendix II, the international trade of shark products was essentially unregulated. The 2013 listings meant that, for the first time, countries had to prove that any catch of these species was sustainable before engaging in trade. At the 2019 meeting, 18 species were added to Appendix II, for a total of 46 species accounting for about 25% of the Hong Kong fin trade. Three species of Hammerhead Sharks and Mako sharks are now listed on Appendix II, but are still top species in the fin trade. There is much more work to be done. SCF supports efforts to list the remaining top species of sharks and rays targeted by global trade on CITES Appendices and to implement those listings.Securing CITES listings and supporting their full implementation globally and in key countries forms the central axis of SCF’s approach. The impact of these listings goes much further than just protecting the most endangered, commercially valuable species. Once a species is listed, SCF directs funding to support implementation in target regions and countries at every level. The robust regulation, monitoring and enforcement that CITES listings require will drive better fisheries management and ultimately more transparent and sustainable management for all shark and ray species.

2. Preventing the extinction of the most imperiled sharks and rays

SCF focuses on reversing the decline of the most endangered sharks and rays through protecting imperiled endemic sharks and the most endangered families of sharks. Imperiled endemics are species that are endangered or could become endangered which are only found in certain regions or countries. SCF seeks to protect imperiled endemic sharks in countries with high concentrations of those species, including Indonesia, Malaysia, Australia, Brazil, Uruguay, Argentina and South Africa.SCF advances protections for the most endangered families of sharks and rays – primarily Sawfish, Angel Sharks, and Hammerhead Sharks – in two key ways. First, by enhancing legal protections and conservation initiatives in priority countries with high concentrations of these species, e.g., the Canary Islands and the Bahamas. Secondly, by supporting the protection of widely distributed and/or highly migratory imperiled sharks and rays through targeted actions by international fisheries and marine conservation forums.

Sharks are targeted within directed fisheries and caught and retained as valuable bycatch in fisheries targeting other species. In many countries the health of shark and ray populations is unknown, yet they are still caught and sold for their meat and fins. Shark bycatch is significant in high seas tuna and swordfish fisheries — in some cases, they are really shark fisheries with an incidental catch of tunas and billfishes. Some species of sharks have characteristics that make them better suited to withstand fishing pressure. Since shark and ray fishing is an important source of protein and income in many countries, combating unsustainable shark fishing is vital. SCF focuses on engaging the tuna Regional Fisheries Management Organizations (tuna RFMOs), which have authority over fisheries in 91% of the world’s ocean surface and oversight over some of the world’s largest pelagic shark fisheries, as well as implementation of those policies at the national level in target countries, including Indonesia, Argentina, Malaysia, and Taiwan.